Today is the sixth relaunch of Madden NFL Mobile. I can’t believe I’ve been involved with this mobile game since 2013. I’ve been seeing it come together for several months and have been excited for it’s release. This has to be the largest update since our initial release back in 2014. I’m most excited about the new Season Mode. It’s the most in depth single player mode we’ve done in Madden Mobile yet. Hope everyone enjoys it. If you haven’t played in a while, come back and try it again. The UI has been revamped and looks wonderful. It’s available today on iOS and Android.

It’s that time again. We’re kicking off the 5th Season of Madden Mobile, now called Madden Overdrive. I’ve been working on this game for 5 years now and I’m so excited about the launch today. The graphics and gameplay engine has been updated to the PS3 version of the game and a new head-to-head mode called Overdrive has been added. If you’re a football fan, you should check it out. It’s available today in the Apple App Store and the Google Play Store.

EA Sports Christmas party / awards show. The group I’m the Development Director for won an award. I was personally up for Contribution to Culture for my leadership in the LGBTQ group, but didn’t win. 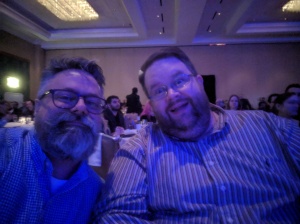 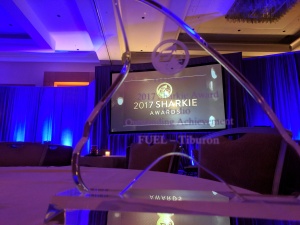 Another football season is about to begin and that means a new season to one of the mobile games I work on. Now in Season 4, the new version of Madden for iOS and Android is available today. A lot of changes for this release. Excited to see how the fans react. Over 180,000 people have downloaded it since it was released at 1:30 this afternoon.

There’s a new #1 Top Grossing App on iOS Today. Thanks to all the Madden Mobile fans out there. 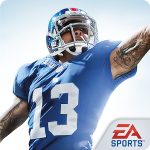 Release 8.0 of Madden Mobile is now live. This client update continued to add to the “prestige levels” by awarding special uniforms that can only be unlocked once you hit those levels. League Quests were also added. You can not band together with members of your league to hit new achievement milestones and get rewards. This version also added a new way to play. You can now control the blocking back in some plays. This is unlocked in Season Mode and in special Live Events. For more information about the other releases of Madden Mobile, see my game page. It’s never too late to pick it up in the iOS App Store, the Google Play store, and Amazon App Store.

Release 6.1 was released today. It had several high profile bug and crash fixes. It fixed the head-to-head exploit which allowed the player to get an extra drive. It also introduced better passing while the QB is on the run.

Release 6.0 of Madden Mobile went live on August 18th, 2015. It’s a whole new football season, so this update had a lot of changes in it. The biggest change was to our server back-end. We did a lot of work in order to shore up the servers so that they can withhold a heavier load. The biggest change you will notice is the whole new UI. The slide-out navigation bar helps flip between areas of the game much easier. It’s a whole new football seasons, so everyone’s team has been reset and last year’s team has been stored in the Trophy Room as a “Legacy Team”. You will be able to play with your Legacy Team in special Live Events. We will continue to update Madden Mobile. For more information about the other releases of Madden Mobile, see my game page. It’s never too late to pick it up in the iOS App Store, the Google Play store, and Amazon App Store.

Yes I compared console and mobile development to Star Trek.